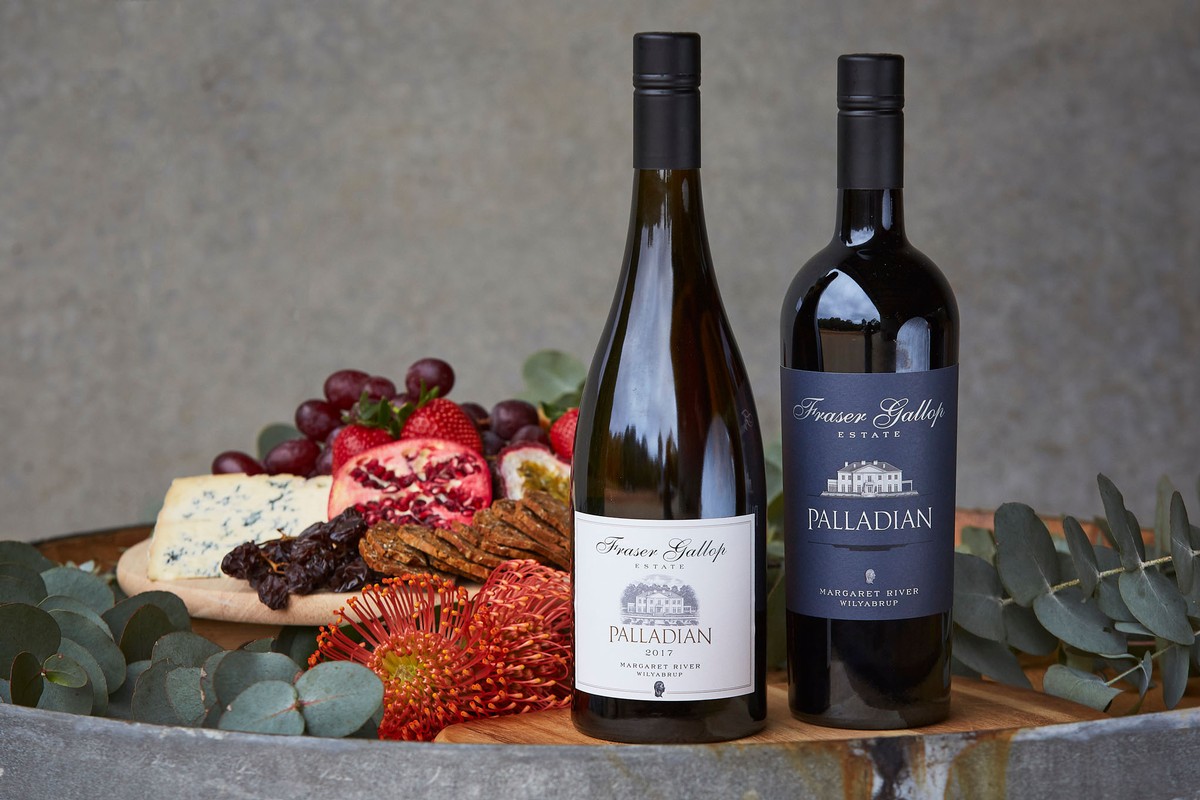 "Could he produce a wine better than (and distinct from) Parterre?" asked renowned critic James Halliday in The Australian. We'd love you to be the judge, and both the 98 point Palladian Chardonnay and 97 point "ethereal" Palladian Cabernet Sauvignon are available to purchase and taste in our cellar door every weekend while stocks last.

Read below Halliday's full article from The Australian, published 2 February 2019:

From time to time, Clive Otto must pinch himself in wonder at how he came to be chief winemaker of Fraser Gallop Estate. He presides over a 300 tonne capacity winery built in 2008 specifically to handle the production of chardonnay, cabernet and semillon sauvignon blanc blends. There is no intention to increase the throughput of the estate’s vineyards, or to undertake contract winemaking. And one look at the immaculately groomed vines in summer will tell you this is a special place, the vines surrounded by acres of mowed grass.

Otto is the first to admit he loves tinkering around the edges of making the wines of the estate. He hit the ground running when he made the 2007 Cabernet Sauvignon (his first vintage), which in 2009 won the Decanter World Wine Awards for Best Cabernet Sauvignon in the World.

And then there are founding owners Nigel and Dorothy Gallop. Nigel, whose investments outside wine allow him to fund whatever his pride and joy needs, began tinkering with the Parterre Cabernet Sauvignon. Could he produce a wine better than (and distinct from) Parterre? The first decision was to carry out all the fermentation in new, custom built 500l French oak puncheons.

But how? The answer was a very large aperture that would allow conventional plunging. Bunches were destemmed, and at the end of 40 days on skins each puncheon was rolled with the aperture open, the marc taken direct to the press, the free run juice returned to the barrels for 22 months’ maturation. And so Palladian Cabernet Sauvignon was born, its first vintage 2013.

Palladian Chardonnay’s first vintage was in 2017. Vinification was similar to that of other top end versions, the answer in the vineyard where multiple passes through the growing season reduced the yield to 6.3 tonnes per hectare and the alcohol to 13 per cent.

Whole-bunch pressed straight to new 500l puncheons in a cool room at 12°C for a long, slow, wild yeast ferment. It has an incredibly pure, intense and long palate, grapefruit and white peach locked in an eternal embrace. 13 per cent alc, screwcap 98 points, drink to 2030, $110

This has an extraordinarily long finish and aftertaste, built on varietal purity. It’s ethereal, a word I cannot remember using for a cabernet. The texture, too, is exceptional, the oak absorbed into the wine’s essence. 14.5% alc, screwcap 97 points, drink to 2045, $110

The grapes were frozen for five days then whole-bunch pressed, the skins and ice discarded, the juice coldsettled
for another five days, then transferred to barrel for a slow fermentation with 155.6g/l residual sugar retained before fermentation was stopped. 375ml. 12.5 per cent alc, screwcap 95 points, drink to 2021, $34

Commenting has been turned off.